The City of Denton, TX

Located in far north Dallas along Interstate 35, Denton is a college town known for its art and music life. The city is home to The Denton Arts and Jazz Festival, 35 Denton Music Festival, and the North Texas State Fair and Rodeo along with its vibrant music culture. Because of its two universities and over 45,000 enrolled students, educational services are an important part of Denton’s economy. A relatively safe city, Denton’s crime rate is considered low compared to most large Texas cities. 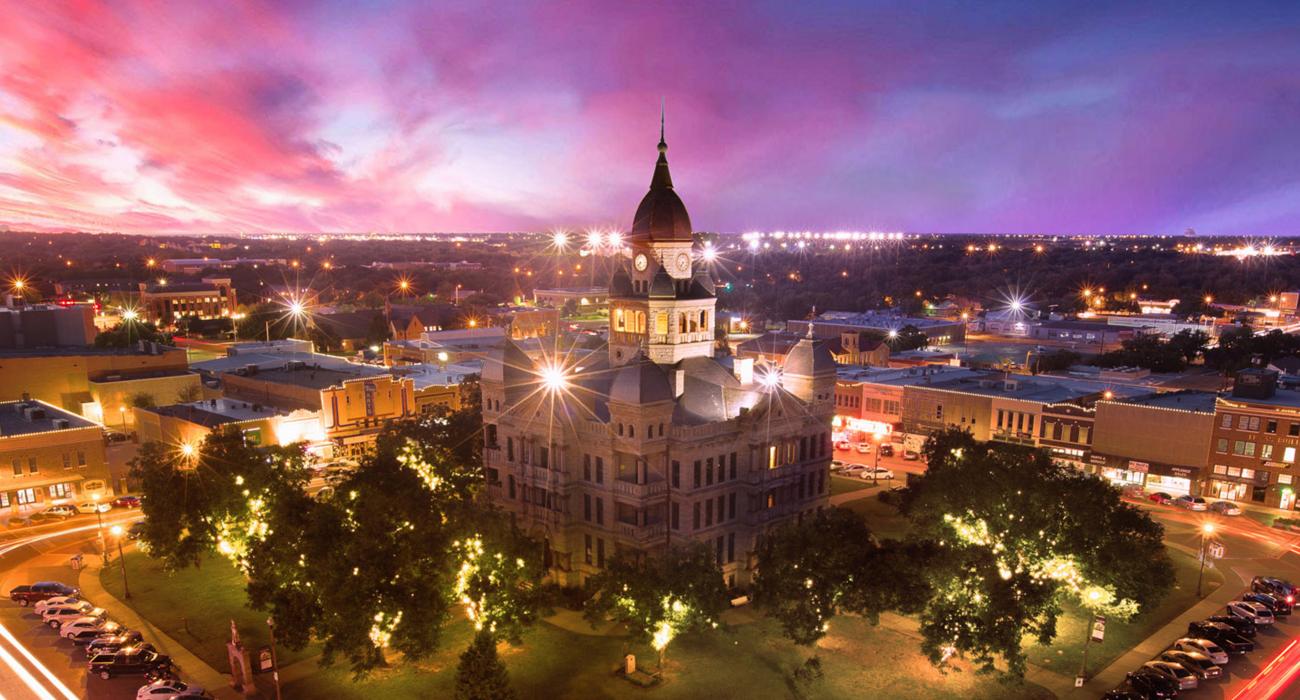 However, with a constantly large influx of people every year, Denton sees its fair share of arrests. Denton residents report an average of 4,000 crimes per year, mostly consisting of property crimes. In Denton, you have a 1 in 41 chance of being a victim of theft, burglary or another property crime. When it comes to violent crime, Denton residents have a 1 in 318 chance of becoming a victim. The Denton Police Department’s mission is to make Denton a safe, sustainable, and livable city for everyone. The Denton Police Department has served the city of Denton since 1920, and continues to live out its mission. The Denton County Jail is located off Woodrow Lane, and houses most of Denton’s inmates.

A-EZ Out is Your Way Out

A-EZ Out Bail Bonds is fully committed to keeping you out of jail entirely. It’s our goal to ensure no one stays a single night at the Denton County Jail so long as they haven’t been convicted of a crime. Here’s how we make that happen:

Getting You the Freedom You Deserve

No one should be in jail if they haven’t been convicted of a crime. Unfortunately, many arrested individuals who are innocent will plead guilty or accept a lesser charge simply to get out of jail so they can get back to their jobs, families and lives. We understand the uncertainty and hopelessness of being in jail and not knowing when you’ll return home. Unfortunately, law enforcement is eager to get a confession, so they end up pressuring you with threats of losing your job, your reputation, and perhaps even custody of your children. At A-EZ Out Bail Bonds we understand that’s not fair, so we’ve built our entire business in a way to prevent those occurrences.

If you or anyone you know is in jail or arrested in Denton County, choose a bail bond company who truly cares about you and your humanity. We understand that you would do anything for your freedom, so we do the same. We understand that bad things can happen to good people. Let us help you with your legal troubles today. Call or visit our new Denton office to see how we can serve you.

Talk to an Agent

Get Out Of Jail Now Coupon

Take an additional $20 off your bond with this coupon.

Must be printed and handed to your bail agent at the time of payment to qualify.

Applies only to the bond fee

Bond must be paid in full

Can be used at any location

Getting arrested is never a pleasant experience, so enjoy this coupon to ease the pain!